In 1986 Larry Long produced and performed on the recording Boycott Hormel: Live from Austin.  This recording raised over $10,000 for Adopt a P-9 Family Fund | United Support Group to help make house, car, utility, and medical payments for striking workers.

Dennis Jones, whose songs United We Stand & Proud to March with P-9 are featured on this historic recording, passed away at the age of 85 on July 20, 2022,.   In his honor Larry Long in partnership with the East Side Freedom Library in St. Paul will be rereleasing Boycott Hormel: Live from Austin on Memorial Day, 2023.  You can hear both of these original works by Dennis Jones by going to the following Bandcamp link: https://larrylong.bandcamp.com

“Some news you don’t see in the newspapers or on the nightly television news: “The unemployment department in Mason City, Iowa, made the people that was on unemployment down there come up to Austin, Minnesota, and apply for jobs there (at Hormel) or else they would cut their benefits off.”  Some scabs aren’t born: they’re made.His testimony about what’s been happening at Hormel is part of an array of song and story about the strike produced on cassette by folksingers Larry Long and Carrie Gerendasy.” – Nat Hentoff, INDIGENOUS MUSIC, the Progresssive, July 1986 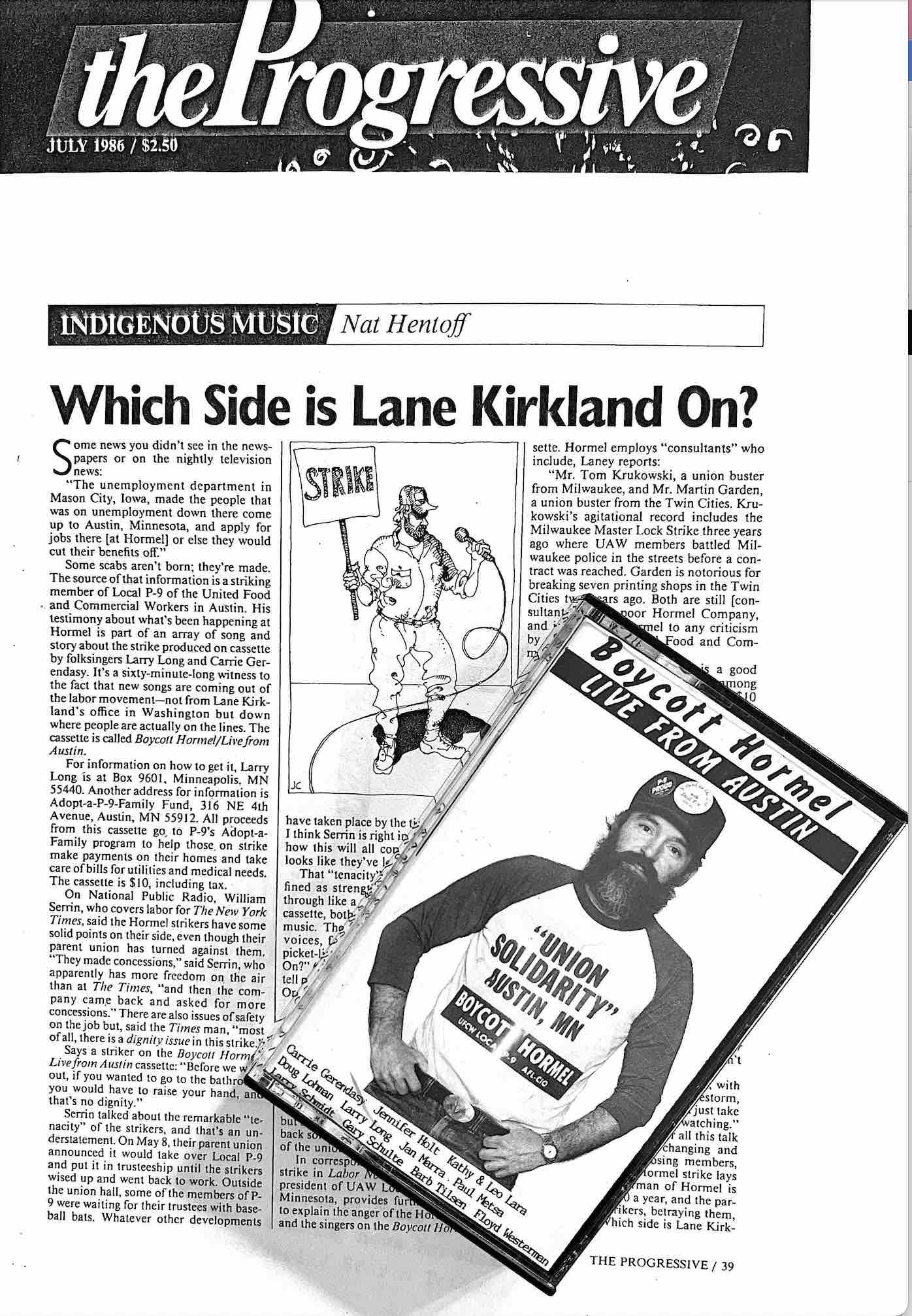